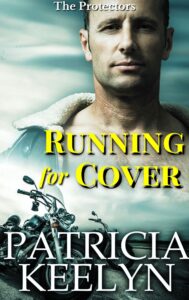 Racing through her dark house, grateful for the cold, silent marble floors beneath her bare feet, Nicole worried about her sister. About Jessie. About what it would do to her sister when Nicole turned up dead.

On the stairs she moved slower, listening to see if they’d followed her yet, knowing not even the marble could mask the sounds of booted feet.

She hurried on, slipping into the safety of her suite, her sanctuary, and locking the door behind her. Leaning against it, she pressed her ear to the hard wood, listening. She heard only her own wildly beating heart and heavy breathing. No one had followed her. She was safe.

But the suite wouldn’t shelter her for long. Not even Robert could protect her now. She knew too much. She’d seen the Colonel’s face. It was a simple as that.

Panic fluttered through her.

Moving to her desk, Nicole picked up the phone and dialed the number she knew by heart. Jessie would know what to do. But when her sister answered, Nicole couldn’t speak. She couldn’t draw Jessie into this.

“Hello,” Jessie said again. “Is anyone there?”

Nicole froze, and then hung up as quietly as possible. When the knock came again, louder this time, fear washed over her like a cresting wave.

Frantically, she glanced around the sitting room. There were only two other ways out—through her bedroom or through the double French doors that opened onto the second-floor veranda. She dismissed her bedroom immediately; it led back to the hall where they waited for her. That left the veranda and a long drop to a concrete patio.

The veranda was her only option. Because if she waited until they broke down her door, she’d have no chance at all.