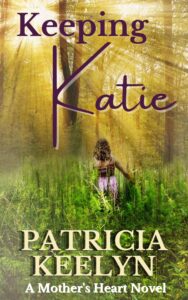 Sitting in the dark, a single backpack at her feet, she watched the clock as its hands inched forward. Still, when the soft chimes declared the hour, she flinched.
Midnight. Time to go . . . or stay.

Pushing the last thought aside, she rose from the couch and moved toward the back of the house, to Katie. As she slipped into the child’s bedroom, emotion collided with purpose. The room was cozy and warm, softly lighted by a Mickey Mouse night-light. She took a moment to absorb the familiarity of the room, recognizing in the shadows the things Katie loved: her picture books, her dolls, the Fisher-Price kitchen set, and the dancing ponies painted on the wall.

Moving toward the bed, Maura stooped to pick up a stuffed kitten and return it to its proper place on a nearby shelf. She stood there for a time, arranging, straightening, cherishing these last few minutes in this room. She hated what she had to do, and wondered how Katie would react. How would she feel in the morning when no army of soft toys greeted her awakening? Sighing, Maura turned away and went to her daughter’s bed.

Maura sat down beside her daughter and thought how wonderful it must be to sleep so soundly. But then, three-year-olds were usually oblivious to the dangers the world held. She reached out and brushed a stray curl away from Katie’s cheek, feeling the soft baby skin with the backs of her fingers. Even Dave’s death last year went almost unnoticed by the child. So innocent, so precious.

Absently, she reached up and touched her own unfamiliar crop of short hair. Would Katie notice?

Enough, Maura, she silently chastised herself. Get on with it.

Reaching for the clothes she’d left lying on the end of the bed, she began to dress the sleeping child. Katie barely stirred, murmuring and occasionally turning away from her mother’s ministrations. It was only as she lifted the child onto her lap, slipping a warm winter jacket around her shoulders, that Katie woke up enough to recognize her mother.

“It’s okay, sweetie,” Maura whispered. “Mommy and Katie are going on a trip.” She kissed the top of the child’s head while slipping first one tiny arm, then the other, into the jacket.

Katie nodded sleepily and snuggled closer against her mother.

“Here, let me zip you up.” Maura shifted the child so she could get at the front of the jacket.

“Not cold,” Katie mumbled, twisting herself against Maura’s chest.

Maura smiled and reached behind her to pick up a stuffed dog. Putting the toy into Katie’s hands, she said, “Of course Davey can come.”

The drive to the railway station was short, and Katie slept the whole way. From there, Maura planned to leave her car and walk the seven blocks to the Greyhound bus station. Under normal circumstances, it would have been a short, pleasant walk. But not tonight. Even Miami was chilly in January, especially at 1:00 a.m. Carrying a backpack and a sleeping toddler would be no picnic.

Reaching over to undo the safety belt of Katie’s car seat, Maura hesitated. Katie slept so peacefully, unaware that her world was about to change. Maura pulled away, letting her head fall back against the seat.

How could she go through with this?

Everything she knew and loved was here. Nursing, the career she’d paid dearly to pursue and still loved after ten years. Her friends, those who had stood by her these last months. Her home. A small three-bedroom house that she and David had bought the day they found out about Katie. It sat silent and empty now. And David? Buried here, where they’d lived and loved and hoped and cried until the day Katie had come into their lives.

How could she leave all this?

The iridescent numbers on the car clock caught her eye. One o’clock. It was now or never. Maura looked back at Katie again.

How could she not?

This time she didn’t hesitate. Maura Anderson was dead. From now on, she’d be Maureen Adams. She unlatching Katie’s safety belt. None of it matters. Only Katie matters. And no one is going to take her away from me.